max had his first pinewood derby last week.
did you know what a monumental event this is for boys and their dads?
i had no idea.
i think it's more important to the dads, for whatever reason.
a chance to redeem the past?
maybe to relive the glory days?
i don't know, but i imagine in the 'good ol' days' there were some seriously heated arguments over photo finishes.
not any more. not with tracks complete with sensors and computer software that tracks and records each car from start to finish and figures average times and on and on.
uh...do guys actually care this much?
i guess i've never been very competitive about anything, so i wouldn't understand.
before the races max kept complaining about his chest hurting.
i finally realized he was nervous.
"what? oh, max, this is just all for fun. it doesn't matter who wins."
but it was still pretty cool when he took first place
with his commemorative 2010 olympic canadian gold medal hockey team car.
(the underside was painted gold) 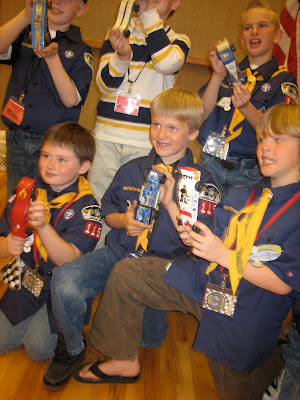 i think this picture is so funny because max looks nothing like himself here. 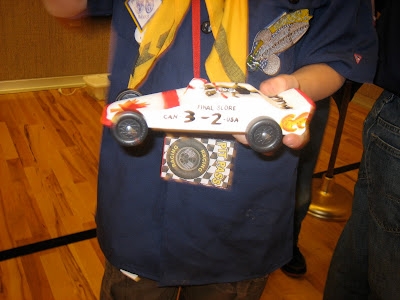 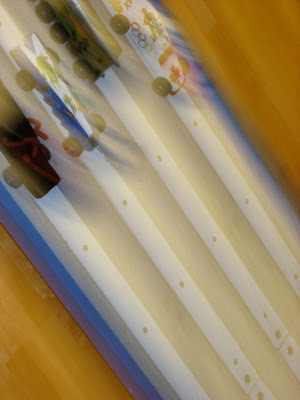 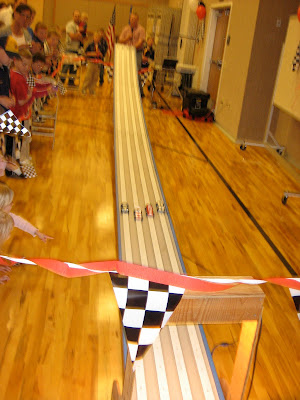 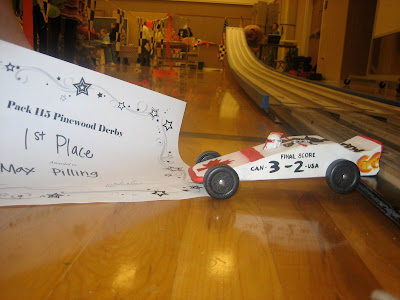 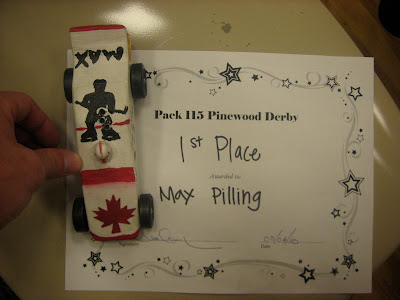 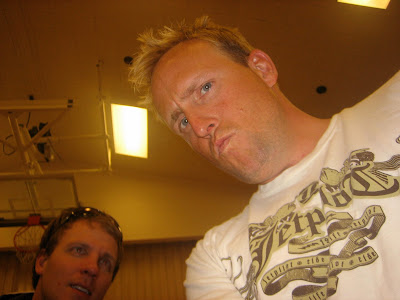 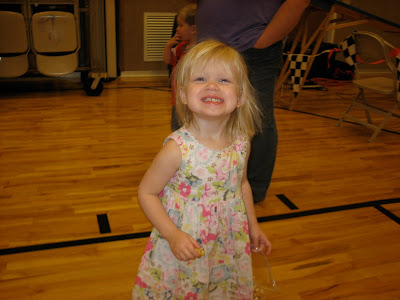 thanks grandpa, for getting the axels and wheels super super duper smooth.
Posted by pillingfamily at 9.5.10

I wondered where Max was then I recognized the flip flops and the brown pants! Good job Max and Wade and Kent!

Chalk another one up for the Pilling boys! Way to carry on the tradition of "champions". Boys, boys, boys. Pinewood derbys are hilarious!