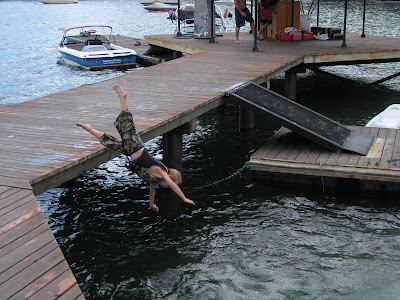 So we took a camping trip earlier this month with our good friends the Terrys. We went up to the Sawtooth Mountains and camped at Alturus Lake near Stanley, Idaho. It was breathtaking. We try to go here at least once a year. This picture of Max should be at the bottom. He's trying to do a flip but he described it as a "belly-flop-flip" 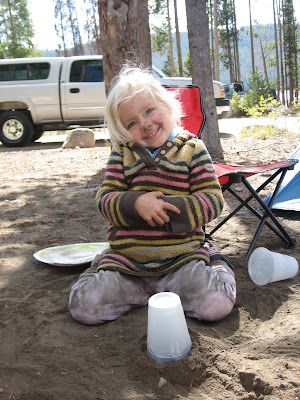 This was the preferred form of entertainment among the kids. I wish I had a picture of all the kids together. I think the Terrys have a picture on their blog http://www.theterryfam.blogspot.com/ Nikki was not the dirtiest of the bunch. 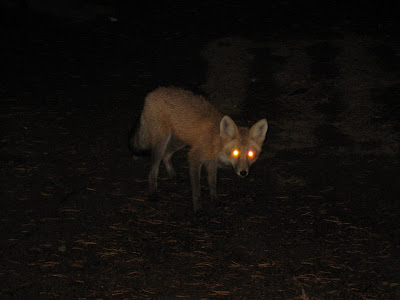 This is the fox that would not leave us alone the first night. And River, the Terry's dog, gave me no added comfort since he didn't even notice the fox, and when he finally did I think he was scared of it. 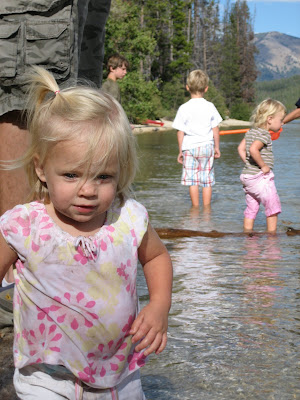 Kids in the lake. I think Whitney thought the whole trip was especially arranged just so she could be in the water. She is a total water baby. 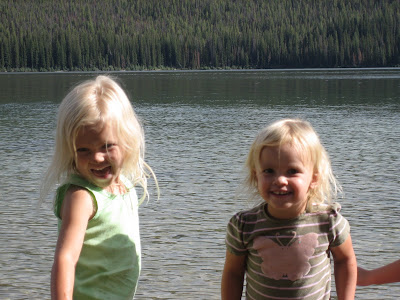 Nikki and Ayden, the Terry's oldest daughter. Looks like they could be related. 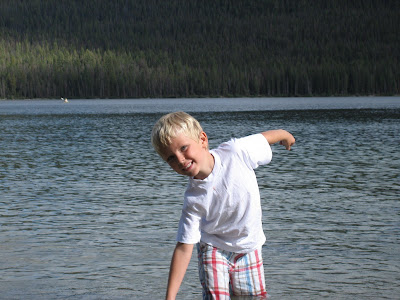 Max was having a blast searching for dead fish. 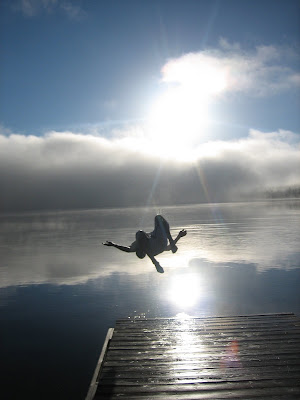 Here is Wade's version of a morning bath. It was cold. 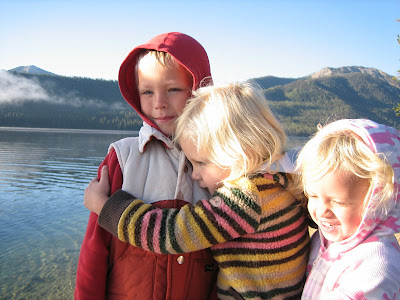 Notice how everyone is all bundled up? Now imagine jumping into the water like Wade and Brad. 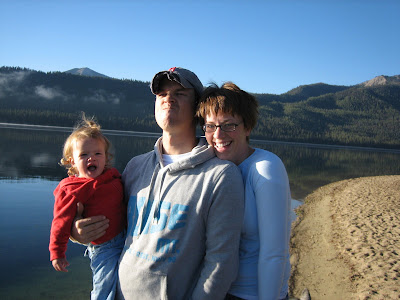 Here are Brad and Jenni with their second daughter Alex, the only brown-haired kid in the whole lot. Brad was being a little grumpy and wouldn't give me a decent smile. 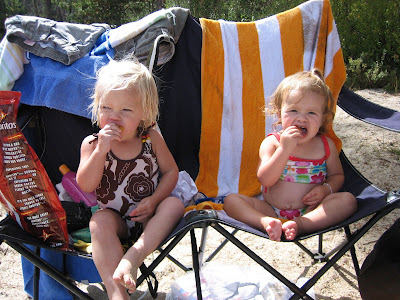 Apparently Whitney and Alex really really really like chips. They pretty much ate the whole bag of Dorritos by themselves before moving onto the Ruffles. 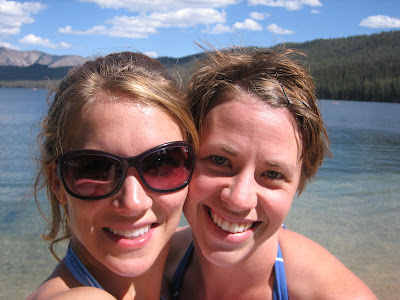 This is me and Jenni. I told Jenni we were getting in the water for sure. She didn't really want to . When we got to the lake I sat and my duff and watched Jenni swim. I had fun watching though. 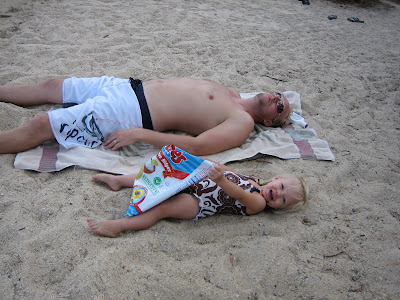 This was Wade's second of three naps for the day. 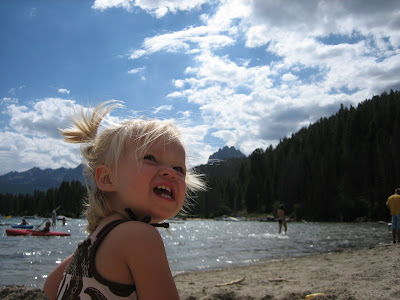 Whitney's a little excited to be at the lake. Looks a little crazed to me. 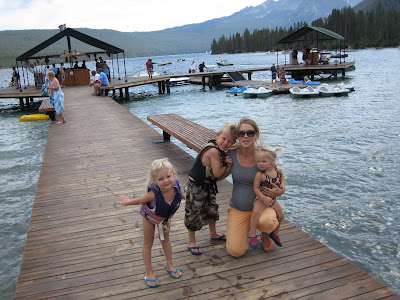 According to Max this is his favorite place in the whole world. The dads took the bigger kids on the paddle boats.

It is so good to see your cute family! We drove by the Sawtooth mtns. on our way up to Alaska. We live in Anchorage now. Congrats on the new one! You look great

Wow you must have gotten that camera thing fixed, I thought you would never post on here again! Thanks for posting some pictures of the kids, and of your belly!

I love the shot you got of the morning bath...that looks so cool...frame worthy! Glad you are updateing!!!! Can't wait to see the new little one!!!

Looks like you guys had a great time. Love the pic of Wade fliping...what an awsome picture! I am so glad to read and see all the updates :) Miss U