poor max didn't get to ski with us on spring break. he was still in his cast. 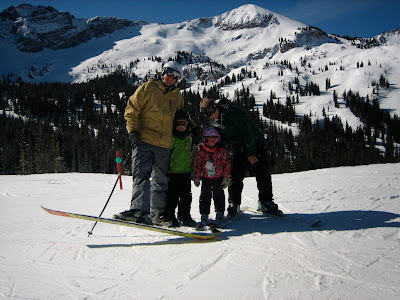 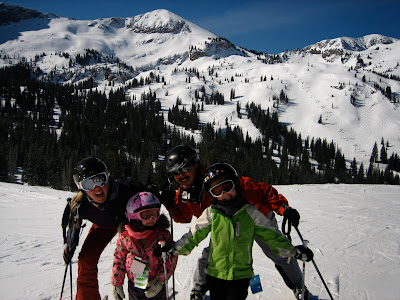 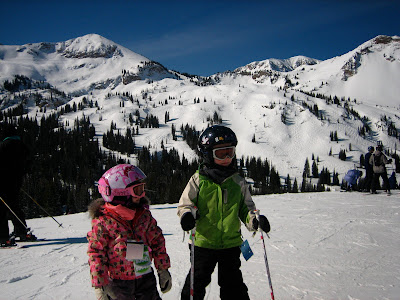 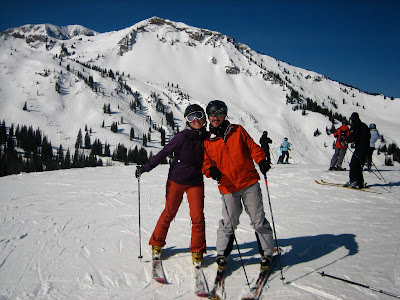 but the girls had fun skiing with cousins and aunt krissy and uncles ryan and jordan. 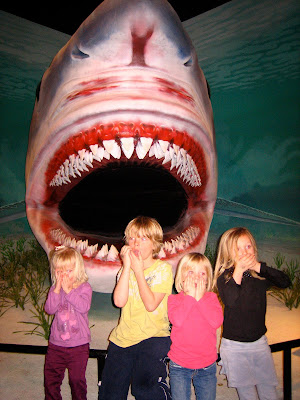 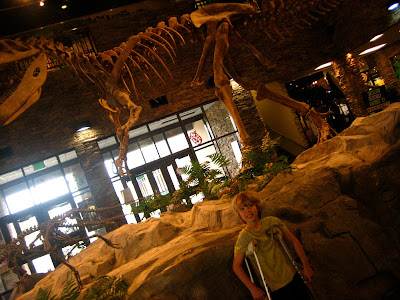 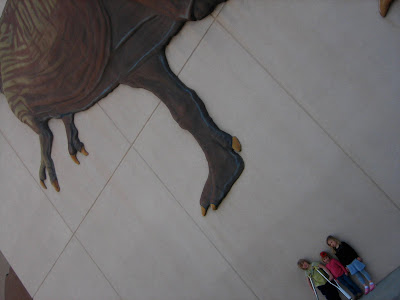 he did get to do lots of other fun stuff though. 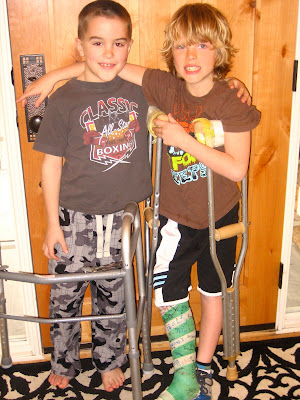 on sunday he ran (crutched) down to cooper's house to get a pic with the other invalid on the street because tuesday was de-casting day. cooper broke his femur a couple weeks after max on the same ski hill max broke his leg. but cooper's was much worse and required surgery and metal bars and a wheelchair and all that. 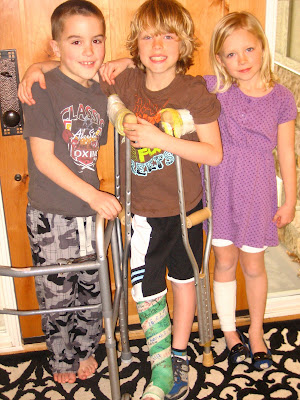 one last shot of the shabby cast. this was cast number two. the first one was bright blue. then they felt sorry that he had to get a new one so they gave max a really spiffy model. the white parts glow in the dark. 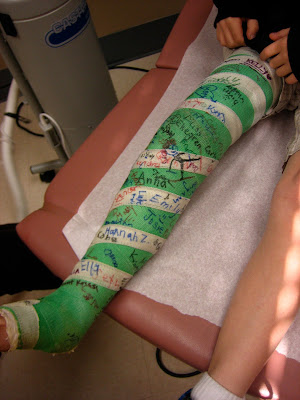 he wore a hole in the heel. 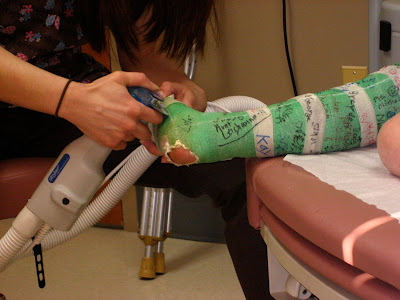 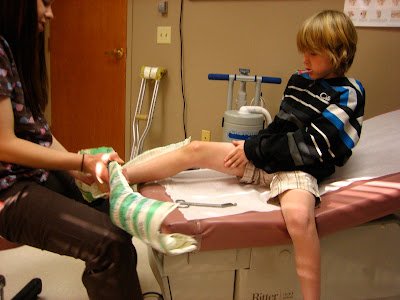 but wait. orange cast? sad face? yes. he's been sentenced to two more weeks of crutches. not quite healed.
dang it! poor kid. i guess this means no basketball camp over spring break. and i probably should pull him out of football since we're already three weeks into it and he hasn't been able to do anything but cheer for his team. 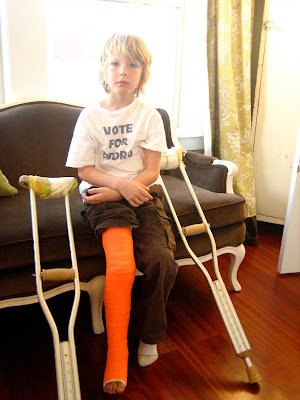 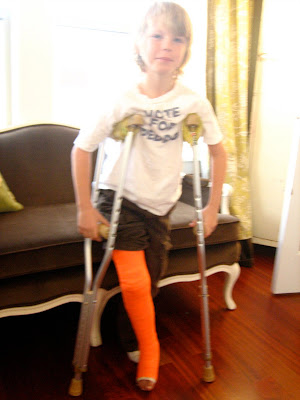 but max is a trooper. he was bummed for a little bit yesterday but he's back to his good ol' self. rolling with the punches over here. we're seven weeks in on this. two more weeks. i can do it. i mean max can do it. (i think i was more excited about max getting his cast off than he was.) oh well.
Posted by pillingfamily at 24.3.10

What an adventure! The woes of broken limbs.

Ohhhh, poor guy! I was afraid when I saw your post title that the news wasn't good. 2 more weeks...you can do it!