look who came to stay!
we'll just call them take-4 and take-5.
since the other three cats didn't stay long term.
the kids, however, have named them squirt and dr. pepper.
maybe in an attempt to get their mother to let them drink more soda?
i don't know.

although it may not look like it, these two little kitties actually seem to really like it here.
wonder how long it takes for them to get keen on the way my girls operate around small critters.
whitney is much more gentle than she's been in the past,
so lets just hope these two stick around. 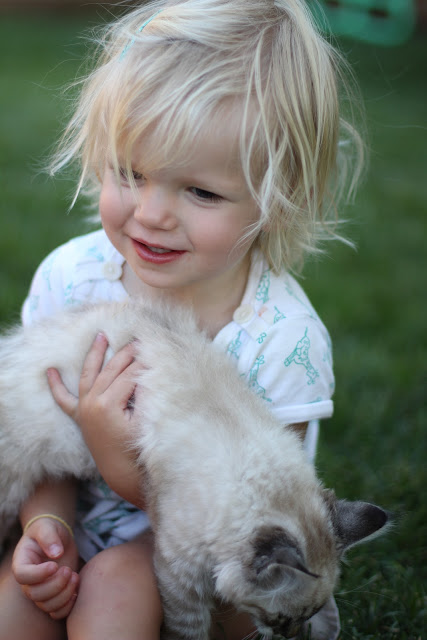 gwen thinks they are her babies and is constantly putting them "to bed" and covering them with "blankets".
but they don't run away, so i'm assuming they like the attention. 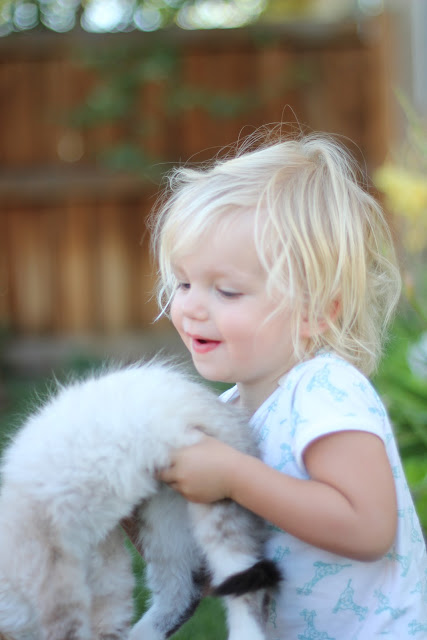 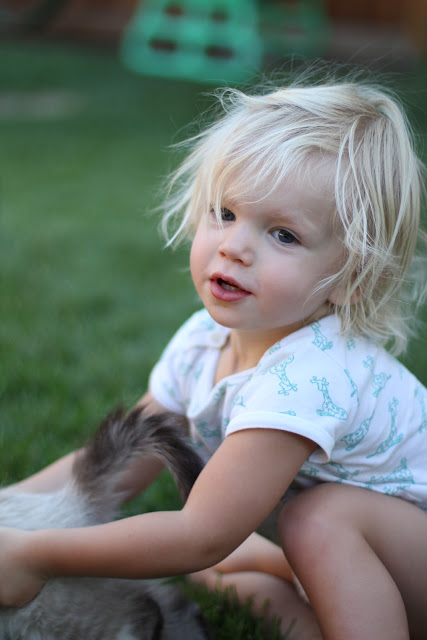 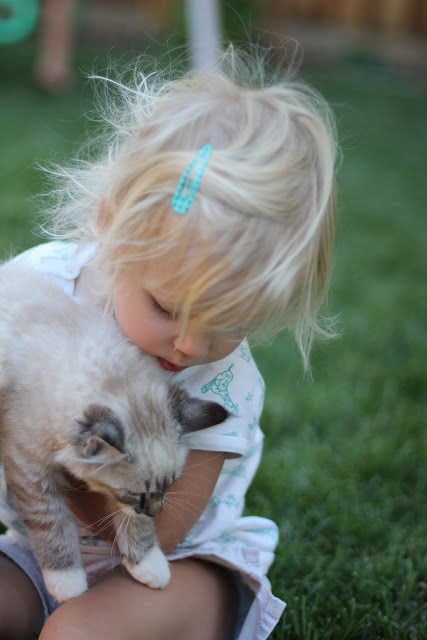 no, gwen's hair does not always look so disheveled.
mostly just after naps, which seems to be when i've been pulling out my camera as of late.

whitney's hair, on the other hand... 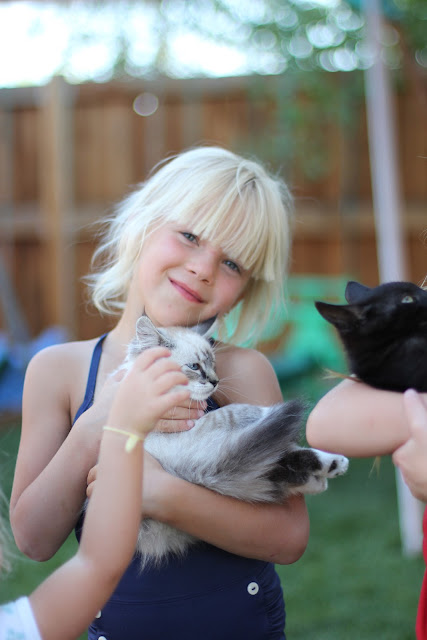 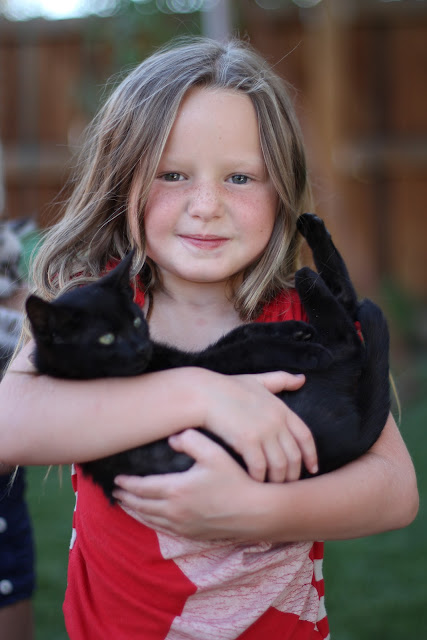 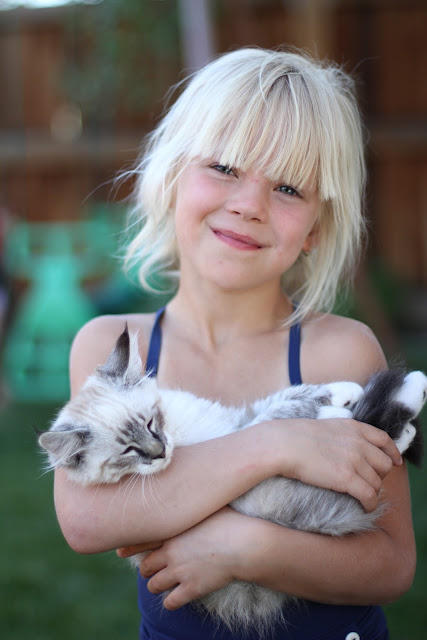 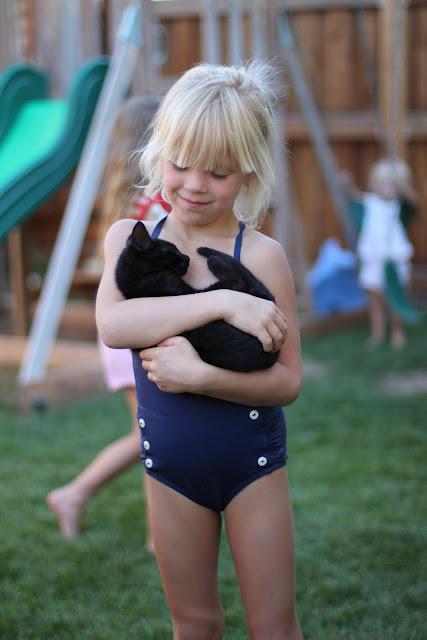 apparently wade's side of the family is contributing money to a pool, the amount of which will be awarded to the member who guesses the closest the length of time it takes before one or both of the cats either run away, are mauled to death, hit by a car, sat upon to death, kidnapped, or scared to death.

MY side of the family would never do such a thing.
Posted by pillingfamily at 6.8.12

I believe everything you said in this post----except the comment about Gwen's hair. I could eat those kids!!!

I want in on the pool.... What dates are still available?

Jess
(Your side of the family)